Historical exploration over ELA26487 (Yuendi), on the northern fringe of Ngalia Basin, has indicated anomalous base metals values in the Rock Hill Copper Field, covered by this ELA, which include abandoned mines as well as polymetallic veins. Within this ELA there are 10 copper prospects which remain relatively unexplored.  The copper deposits within the Mt Hardy Mineral Field (5.4 km due east from the eastern boundary of ELA 26487) were discovered in 1935, with mineralisation reported within quartz reefs and pegmatite-aplite veins within the Lower Proterozoic schist.

Minerals recognised in the oxidised zone are malachite, azurite and chalcocite, with chalcopyrite  predominant in the sulphide zone.  Significant copper mineralisation may also be contained within gneiss formations adjacent to these veins.   The average width of the mineralised veins from surface is about one metre (max of 30 metres) with an average length of 100 metres. 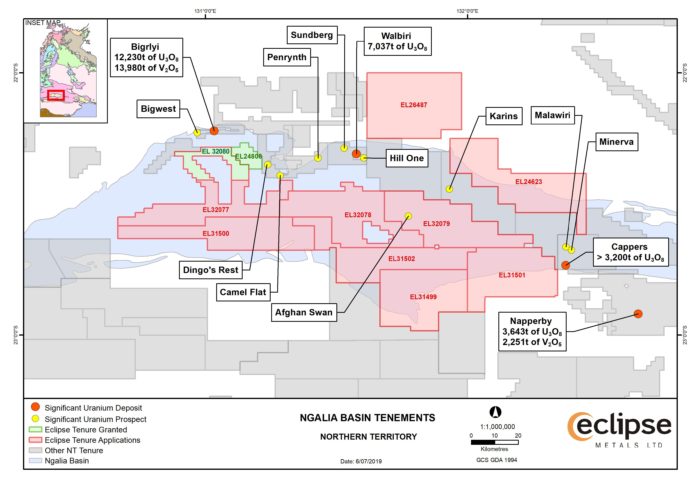